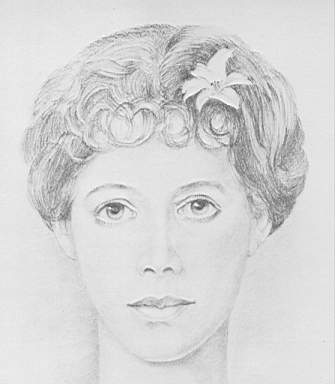 The Final Curtain 1929: Lillie died on February 12th 1929 and was buried at St Saviours church Jersey.

Newspapers headlines pronounced The End on an Era.

There is no doubt that Lillie Langtry left her impression on both sides of the Atlantic. Her friends included the most famous and influential people of her era.

It is an interesting fact that after the King Edward VII passed away in 1910 Queen Alexandra personally returned to Lillie the numerous letters that she had sent the Prince.

In 1929 it was King George V and Queen Mary who were the first to send a telegram of condolence to Lillie's relatives.

Lillie's autobiograpy "The Days I Knew" teased those in the Know and kept others guessing, it revealed more by what she left out than what she included.