The Fall from Grace 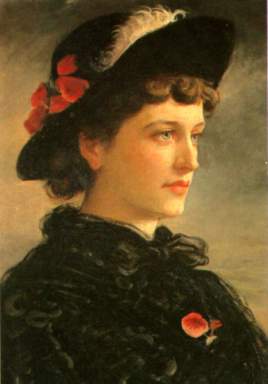 The Prince is reputed to have fallen out with Lillie during a fancy dress dinner party where she came down in the same outfit as him and when he protested that it wasn't the done thing she put ice down his back.

Lillie refused to apologise as advised by her friends and overnight became a social outcast, invitations were withdrawn and creditors sensing a shift in Lillies fortunes pressed her to settle her accounts urgently.

Edward Langtry was not as wealthy as was first thought and his fortune was not enough to sustain Lillies new lifestyle, he was socially inept, their marriage was effectively over and as a result he took to drinking heavily.

Lillie on the verge of bankruptcy realised that she needed a job, a way of being independent, she took advice from many of her friends but she soon realised that her options were limited.